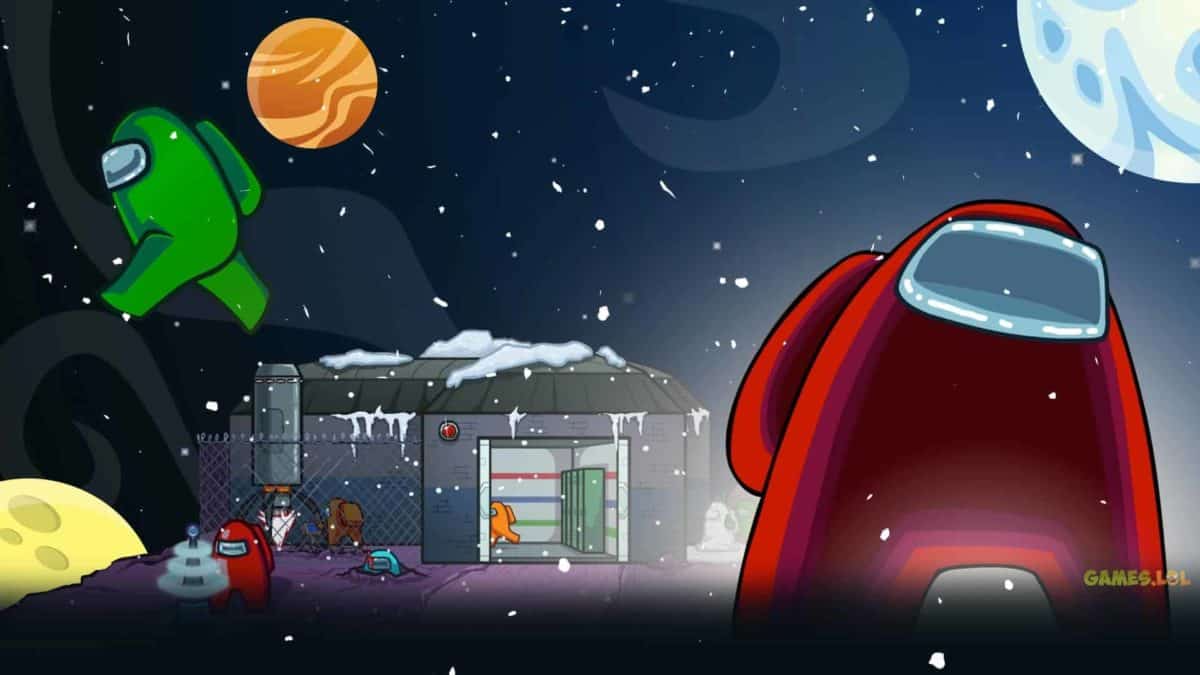 Our Among Us logo guide brings together the different iconic Among Us logos and provides links to tutorials, so you can draw them yourself. Among Us is an extremely popular computer game created in 2018, but its popularity skyrocketed in 2020-2021 during the COVID-19 pandemic.

The Among Us logo is relatively simple, which means that anyone can copy it or produce similar artwork. All the Among Us logo variants were designed by Marcus Bromander and Amy Liu for Innersloth, the game's developer. The pair is, of course, also responsible for the design of Among Us characters.

Read also: Among Us guide

Among Us text logo variants

The text logo itself seems to be written in a custom font variant that resembles Rearview Mirror Regular, Lazy Morning Regular, and similar font styles.

However, the first letter, “A” is not a character but a symbol or graphic element depicting the shape of an Among Us crewmate that perfectly resembles the letter “A”.

Among Us PC logo

The Among Us logo for the PC version is the text logo itself, the only difference being that it's written in white.

Among Us Android and iOS Logo

The game's logo on mobile devices (iOS and Android) is a simple drawing of the red crewmate against a yellow background. It's perhaps the easiest to recreate yourself.

Among Us Shhh Logo

The SHHH artwork is not really a logo, as it appears in the game's loading screen. Nevertheless, it is one of the most iconic artworks of Among Us and essentially an “unofficial” logo.

Among Us artwork is stylish and distinctive on its own, but it's not overly challenging to create yourself. You will find many YouTube tutorials that show how to draw all Among Us logo variants.

Here is a list of tutorials for the most popular logos:

How to draw the Among Us text logo (YouTube Tutorial)

How to draw the Among Us Mobile Logo (YouTube Tutorial)

How to draw the Among Us Shhhh Logo (Youtube Tutorial)