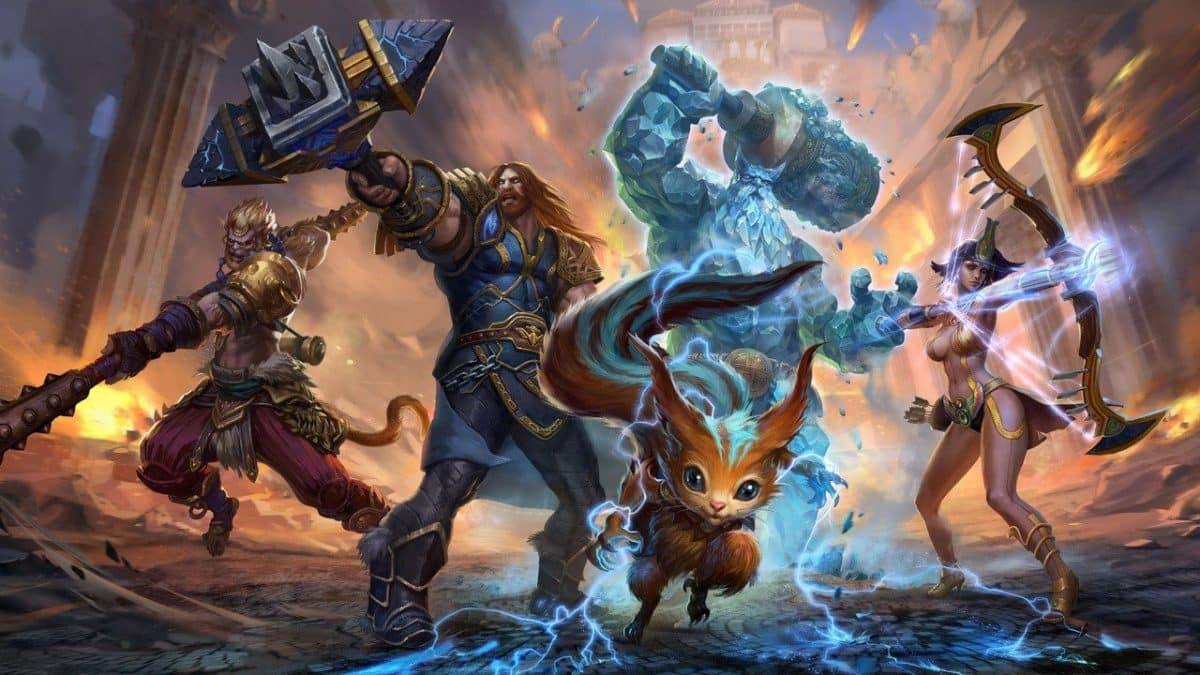 In this post, you will find the Smite tier list for the latest Smite season There seems to be a general consensus about who the Smite best gods are, so I will try to follow that consensus as I get them ranked. As SMITE World Championships continue to dish out massive prize pools every year, players are becoming more and more hyped with each passing event. Adding to the excitement, the franchise's creative team is continually introducing new playable characters.

At the same time, the game already has far too many great characters and that makes ranking them very complex. Tier lists are very hard to make in general and without any data to back them up, it's really hard to justify them. I hope that eventually, this one will become a good tier list.

Smite has been around since 2014 and it remains one of the best F2P multiplayer online battle arena (MOBA) games in 2021.

High-Rez Studios has created a captivating world with plenty of strong characters, Gods in this case. The Gods in Smite are taken from ancient mythologies, including the Greek, Norse, Chinese, Japanese, Egyptian, and Hindu mythologies.

Before we get to the tier list, you should also have a look at our Smite promo codes list, in case you have missed a new one. Or check our Mobile Legends codes if you are more into mobile MOBA.

Let's get started then, with our Smite tier list to find out which are the best and worst Gods in Smite.

The best of the best Gods in Smite currently, that can give you a significant advantage in the game if you pick them. They are also some of the Gods you want to get banned from the game.

This tier contains characters that are very strong and some of them are also best-in-slot. Great choices altogether to start a game.

Smite has a lot of viable Gods and in tier A of our Smite tier list, we find most of them. These Gods are still solid choices, but they don't stand out as much as the S and S+ tier ones.

However, you should definitely learn most characters in this Tier List as the ones in the S and S+ tend to get banned in competitive matches. This tier contains some really safe picks.

These Gods will need a higher skill level to stand out and their use may be situational, but if you master them they can still be powerful. Not recommended for beginner players.

Niche choices that should probably be saved for when you require an extra challenge. These gods have limited usability and they fill roles that are more difficult to play.

The D tier features the worst characters in our Smite tier list. Not generally considered viable for competitive play, so I recommend avoiding them altogether.