As a VPN reviewer I am in luck as I have free subscriptions for several VPNs in order to evaluate them. Among those VPNs, ExpressVPN is the one that has stood out the most for me so far. You can learn the reason why in my ExpressVPN 2021 review. Naturally, I also use ExpressVPN for Netflix too. While most of the times I need to unblock US Netflix content, sometimes I need it for Netflix UK, Canada, or even Australia.

First of all, why can't I access the same Netflix content from anywhere in the world? Netflix is one the best streaming services in the world, providing a large variety of content. However, Netflix's library of available of movies and TV shows is different from one country to another.

Now, as you already know Netflix offers both its own original content and content owned by other vendors. In most cases that third-party content is copyrighted and licensed and the ownership rights sometimes include some kind of territorial exclusivity. As a result content might be available in one region and but be ineligible for streaming in another. This is the reason Netflix and other streaming content providers use geo-blocking.

So, geo-blocking in essence is the process of restricting access to parts of the content library of a streaming service like Netflix based on the location of the viewer. The reason it exists is to allow any copyright and licensing violations which would cause Netflix legal issues.

To go one step further movie studios and broadcasters pushed Netflix to ban known VPN IPs in order to block the use of VPN with the service. That's why, even in 2021, a lot of VPN services do not work with Netflix. This VPN IP blacklist is ever growing, so a VPN server that used to work for a service like Netflix, Disney+ or Hulu may suddenly stop working.

However, top-tier VPNs like ExpressVPN, NordVPN, Cyberghost, and Surfshark (but even some other decent choices like Ivacy VPN) have ways of avoiding this blacklisting or change IP addresses constantly so that you will not be a victim of geo-blocking.

How to Unblock Netflix Using ExpressVPN

The process is similar when using ExpressVPN as an Android or iPhone VPN. Head over to the site, sign up for ExpressVPN, and then download the app from the relevant app store. Once it's installed all you need to do is start the ExpressVPN app, sign in with your details, and open up the Netflix app to start watching.

The other part of solving the geo-blocking equation is finding out the what shows and movies are available on certain regional libraries of Netflix. A very useful tool for that kind of search is FLIXWATCH, the unofficial Netflix search engine.

For instance you can find:

FLIXWATCH is a very capable search engine with which you can find any kind of content available on Netflix, and the region you need to unlock with ExpressVPN to access it. After connecting to your region of choice, you can go to netflix.com (or open your Netflix app) and search for the title you want to watch.

Will ExpressVPN Slow Your Internet?

The short answer is yes. The full answer, however, is that a top-tier VPN like ExpressVPN will affect your connection as little as possible. Of course, if you connect to the other side of the world, like I do when connecting to the US or Australia, you will experience some latency and you will not be able to make the most of your bandwidth.

However, since ExpressVPN prioritizes speed (especially if you use Lightway, ExpressVPN's next-gen VPN protocol based on WireGuard), you should be able to stream at the same resolution you would use without using a VPN.

Honestly speaking, ExpressVPN will impress you in that regard. Moreover, don't forget that using a secure VPN like ExpressVPN prevents your ISP from throttling your internet connection.

As you can see on my ExpressVPN review, ExpressVPN maintains most of my connection speed even when I'm connected to Australia or Hong Kong and even the latency is not unacceptable.

As you can see, using ExpressVPN for Netflix geo-unblocking is an impressively reliable option.

A Word of Warning

Despite using a VPN service, you still have to log into your Netflix account to watch any Netflix content. This obviously means that Netflix know what content you are watching and that you may be switching between countries to bypass geo-blocking.

So far Netflix has not taken any action against people using VPNs and it claims that it does not share your private data with anyone, including authorities. You can read Netflix's privacy policy page for more information on that front. However, this policy may change at any time and a VPN cannot protect you from being targeted by any copyright infringement lawsuits. 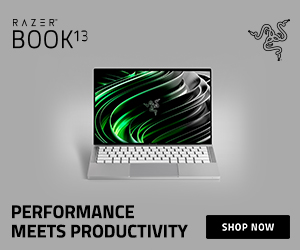